With the Android O Developer Preview 1, Google introduced us to a number of new features, one of them being uniform icons. Android Nougat already shipped with a version of it, where it allowed developers to create round icons for their apps. This would allow a launcher to make use of the multiple icons present in an app according to the user’s needs. Android O takes this a step further with more shapes instead of just a round circle. Google calls them Adaptive icons because they can adapt to the system setting for icons. In theory, this means Xiaomi’s MIUI will not show you ugly icon masks behind icons anymore to make them look uniform. Although that depends on how many app developers actually jump on board with the idea and if you ever get an Android O update. Those who won’t, you can still get a taste of Adaptive icons with Adapticons.

Adapticons is an app by Damian Piwowarski that lets you set custom icons for your homescreen for any of your installed apps. It works on any Android device running Android 5.0 and above. Support for Android O is possible as well but it works quite differently compared to the current versions of Android. However, the app does still offer 3 different ways to apply icons for Android O users. 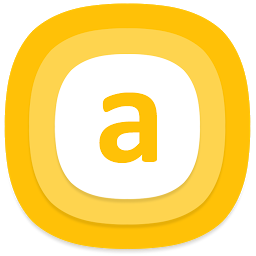 Once you open the app, it immediately loads up a list of your installed apps. If you thought it would apply icon masks to all your apps automatically, that’s exactly what I thought too. But we couldn’t be any more wrong. To apply icon masking, you will have to select an app individually. If that sounds familiar, it may be because we have discussed another app that does something similar before.

The app we’re talking about is called Materialize. And yes, Adapticons is very much similar to Materialize but there are a few differences as well. Mainly in the number of adaptive styles for icons. Adapticons allows you three icons shapes by default, compared to the five on Materialize. However, after a dollar worth of in-app purchase, you can unlock a good number of adaptive icon shapes to choose from. Fifteen to be exact, and it could possibly increase in the future.

To add further, Adapticons lets you choose a different icon to go with your icon mask as well because the default app icons do not always fit in well with a plain white/colored background. You can simply scroll down to access those options. Along with those, you also get the option to change the icon size within the masking, as well as the size of the entire icon itself.

Coming back to similarities, you can adjust the position of the app icon inside the masking to your liking and select a color for the icon masking. Adapticons also lets you change the color of the icon itself.

When compared with Materialize, Adapticons does offer a lot more customization, but Materialize had something that Adapticons lacks. And that would be Autofill which you can see in action in the above screenshots. Materialize was also completely free whereas Adapticons is ad-supported unless you make that in-app purchase. It will be upon you to decide whether that is worth it.

How to install Stock ROM on Alcatel One Touch 5038A (Firmware)

How to install Stock ROM in Vivo Y33 (Firmware)

Prioritize Your Tasks with Ike App for Android