Now that the Redmond giant has finally officially pulled the plug on their own Windows Mobile platform, it’s time for them to focus on giving their best to the Android and iOS platform and it’s users. Speaking of giving their best, I meant that they are now fully geared up to provide us Android users with all of their Windows applications and experience. Moreover, let us all admit the fact that Windows Mobile platform has failed miserably, mainly because of lack of users which in-turn swayed developers away from the platform. However, it is no doubt that Windows phone platform’s UI was unique and gorgeous in terms of aesthetics. In fact, I have used windows Phone for almost three years and I must say that the platform was perfect in everything except in the apps department. Enough said, let’s get to the point of this article. Microsoft has released their Microsoft Edge web browser for all of us Android users out there and this is what I have for you all readers out there today. Until now Microsoft Edge was a Windows 10 only exclusive internet browser.

Based on my observations (these are my personal opinions and findings, your mileage may vary), I can say that Microsoft Edge is pretty much on par with Google Chrome on Android. However, both Microsoft Edge and Google Chrome still kind of falls short of Samsung Internet Browser for Android in terms of loading times and fluidity. An important point to note though is that Microsoft Edge is currently in preview. As a result, there may be bugs or other small issues here and there, which I hope would be ironed out in the stable version.

Now, let’s see the web browser in action and take an in-depth look at its features as depicted by the screenshots below.

Other available settings are to set site permissions and set Edge as default web browser.

So here you go Droidviewers and tech enthusiasts on my in-depth look and review of Microsoft Edge web browser. This browser is quite up there with most of the other top Android web browsers. Moreover, a very important thing to note is that this web browser is currently in its preview stage. Speaking of preview stage, you may encounter bugs and other small issues. However, at the time of testing, I did not come across bugs, although I hope in the next update or in the stable version they improve the loading time, speed and stability.

Feel free to chime in the comments on your take and experience with this well capable web browser. Download Microsoft Edge via the Google Play Store link given below. 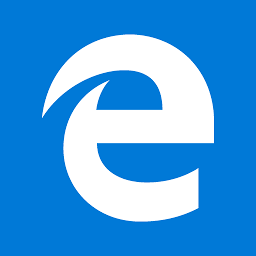 4 Best Android Apps You Should Be Using Right Now