Ads! Man, are they annoying or what? Ads are a necessary evil and a hard (or just annoying) truth with a huge industry. Website and application developers let you use their services for free. But most of them are here to make money and ads do that for them. Almost every website and application hosts ads to make money. How else do you think Google plays money-ball? (get it?) Or Facebook, or Twitter for that matter. The free apps you use come at a high price of advertisements, tracking almost everything you do on the internet and profiling you to bring the most relevant (or plainly stupid) ads to your screen. A good Adblocker is your only hope.

The advertisements you get on your phone feed on your precious bandwidth and your phone’s RAM, making your phone slow and eat up your data allowance along with its battery, which has a very habit of running out of time when most needed. It has been estimated that ad generating applications use 80% more data than their counterparts as result they turn out to be costlier than their paid versions, no such numbers for battery drain.

Seems like no one likes the distraction caused by these “bots”, therefore everyone looks for solutions. So we made a list of best ad-blockers we have ever tried. Not being a ‘hot favorite’ of Google, you won’t find most of them on Play Store.

Top 5 Adblock Plus Alternatives for Android

It’s a very simple, no frill ad-blocking and is true to its core. You will need a subscription for malware and ‘all application’ protection but HTTP filtering, which can be called pretty amazing or not-so-amazing depending if you are serious about your security or not (you should be), you get for free. Select the ad filtering method from high quality, high speed and simplified to unblock some web content. If you’re anything like me and don’t like to see the ‘key’ icon on the status bar, change the filtering mode from VPN based filtering to proxy based.

OK, so this is one of the simplest ad-blocker you will ever come across. It’s not available on play store obviously, so try the link below. Toggle the button provided to switch it ON or OFF instantly. If does annoy me with the always ON notification in the drop-down panel, which shouldn’t be a problem if you are on Android 6+. If you’re not a power user, give this a try, it will do wonders for you.

Simplicity is the priority here, only a power button therefore operation is quite easy. Despite not having an extensive list of the hosts and tracker, it rather works well. We found a problem while testing, seems like it doesn’t work quite well on mobile data as it does on Wi-Fi. Most noteworthy feature of the app is ‘Advance Protection’, which when activated can protect you against ads on YouTube, Google and other encrypted ads. If you are interested, ‘Advance Protection’ lets you install a certificate so that your device can monitor encrypted traffic for ads and malicious requests.

If you are a normal user who doesn’t need anything fancy, flat design and an ad-blocker that works, GENIE security is just for you. Along with the usual ad blocking, it also provides you the protection from web-tracking and other threats related to tracking. 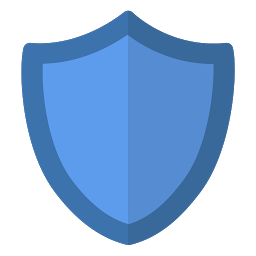 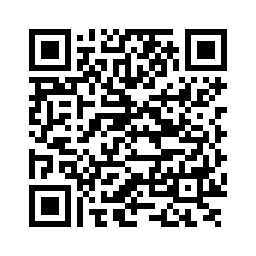 This is a complimentary addition… I was a bit surprised when selecting the app opens as an extension in Chrome on my phone. I was looking at ad-blocking apps in play store and come across this one accidentally. It’s not a typical ad-blocking app which can block ads throughout your apps, it rather acts as an extension of Chrome. This excitement is something only a hardcore chrome user will understand. I’ve been using it for over a day now. The best thing is, it’s open source. In conclusion, Google is going to be so pissed. Amazing! 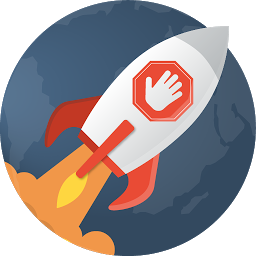 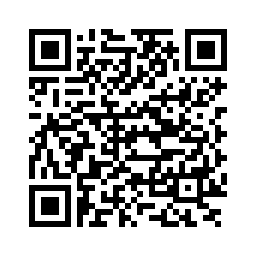 Also, it’s worth mentioning that you can visit XDA developer, BSDgeek_Jake, who has done an amazing job in making a host file (which he calls MoaAB or Mother of all Ad Blocking) of trackers that can be added to your ad-blocking app manually. He has provided instructions. Since they block trackers, they might hinder in loading of some web pages, therefore add those links to your whitelist.

Don’t forget to let us know which one you like more, try them all and see which one works for you. I hope I was helpful enough. Good luck!

How to Use Your Android Phone as a CCTV Monitor

How to install Stock ROM in Xiaomi Mi 4S (Firmware)

How to install Stock ROM in Ziox Astra Prism (Firmware)